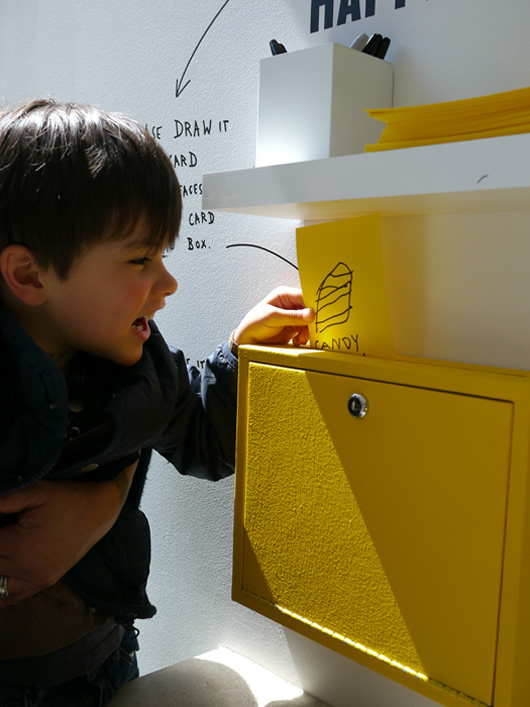 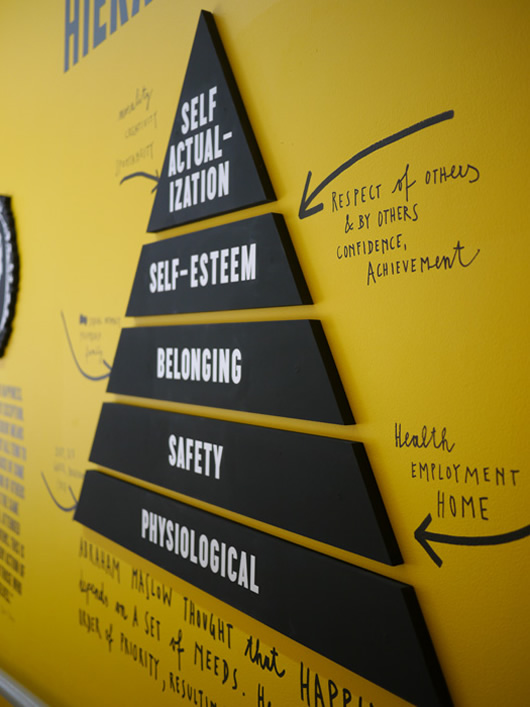 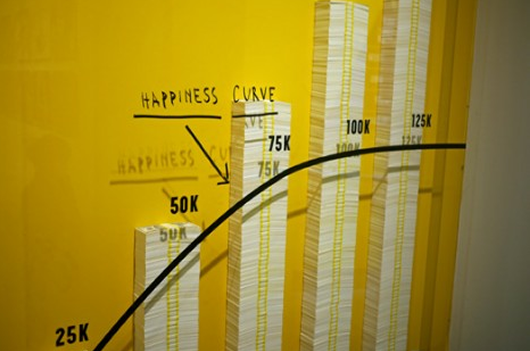 A fascinating project by Stefan Sagmeister, combining research from a collection of social data from psychologists, anthropologists and several prominent historians he attempted to discover how and what makes someone happy and what can trigger happiness.

While the film is unfinished it is a result of a several years, reading and reflection. According to the New York Times, Sagmeister sent sausages as the invitation to the exhibition.

Because, when you get down to it, it seems that the two things that lead most quickly and reliably to happiness are having sex and eating rich, fatty foods.